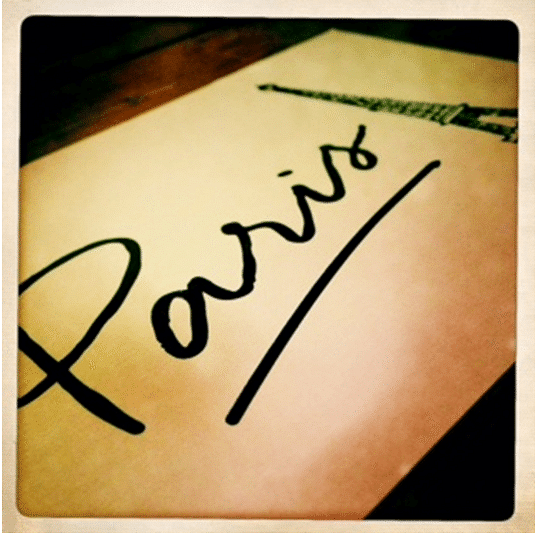 It was my turn this week. I experienced what all our customers experience….my boyfriend proposed! We have been together for a while, I am in my 30th and the future is something we spoke openly about sharing together. I thought i’d be prepared,  but I was not prepared at all!!

Here at Hot Pink we are lucky enough to assist our clients with designing rings to celebrate their relationship, it is such a special part of their lives and we travel this journey with them.  We discuss budgets and proposal options, where, how, etc…..my poor boyfriend hears me on a daily bases tell him how my clients are planning the perfect proposal, talk about putting him under pressure. Not only that but I am a jewellery designer which can only add to the stress when it comes to the ring. We have recently moved into a new flat and on meeting our new neighbours one of the topics we talk about are our careers. Not only do they say my job sounds like the dream job but it is very quickly followed by ‘boy have you got a tough job when you have to buy her a ring.’ I always laughed it off but i can imagine it was all becoming a bit of a nightmare for my boyfriend!

How: The alarm went off at 6am and I ignored. We’d been out the night before, it was far to early for me to get up and to be honest I was grumpy. It was the third time time week my boyfriend was ‘going into work early’, 45 mins later a cup of tea was brought to me. This wasn’t normal and I insanity knew something wasn’t right. Isn’t it funny how you always assume the worst?! I was then presented with a card which had a picture of the Eiffel Tower on and a little note on the back, it quickly transpired we were going to Paris for the weekend and cake day at work would have to wait. I was super giddy and a little confused but  it didn’t stop there…..my boyfriend then got down on one knee by the side of the bed and proposed!!!! I was in total shock,I’m not going to lie they were tears and I felt a little sick but I still managed a yes! I then started to realise how much of a mess I looked….I had chipped red nailvarnish on, my hair was a mess, no make-up, a Coney Island t-shirt and pajama bottoms, not the proposal outfit I had envisaged I’d be wearing. That lasted momentarily because I was just so shocked at to what had just happened.

The ring: It’s beautiful. I was a little surprised as he knows I would have liked to designed my own and it turns out I will as this was a proposal ring that he had chosen himself with the help of his sister from a little antique shop. It’s perfect and completely opposite to what I say I like! It’s a beautiful emerald cut sapphire cluster with little diamonds surrounding it set on a narrow yellow gold band. I love it, its strange how quickly you become attached to something you’ve had for such little time. I can’t stop looking at it and the sentiment behind it means the world to me, its just so pretty! This doesn’t mean the real ring is not going to come to fruition we are just waiting till the near year as I think i’ll be quite fussy!! 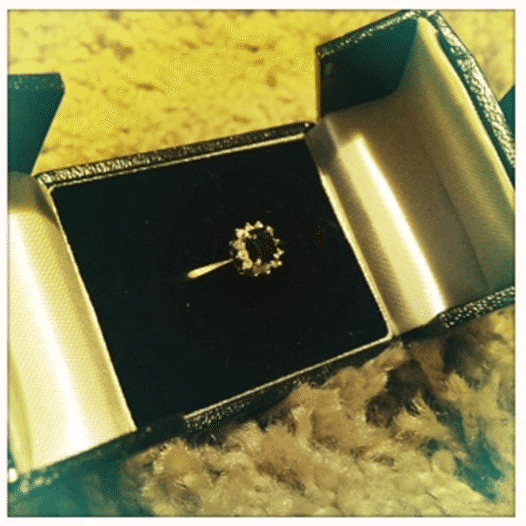 So now I can say speaking from my experience i don’t think you are ever prepared. As for the ring…..the whole experience is so emotional I didn’t even give it a second though. I have learnt to be more patient, i was getting a bit fed up of my boyfriend working so much, going in early, coming home late, being secretive when it turned out he was planning the most romantic thing is he probably going to do in his life. Nothing can beat this day.